The Mammoth Book of Cult Comics 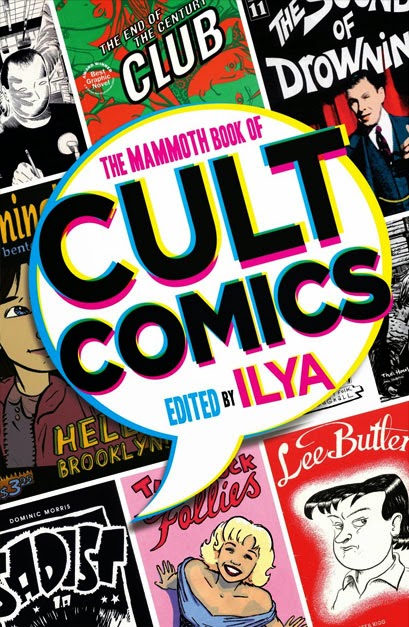 From the back cover:
"22 Long lost masterpieces of underground comic strip art. A compelling selection of some of the very best of the genuinely underground, counter-cultural phenomenon that is CULT COMICS! What were mostly photocopied and stapled pamphlets, in short runs of anything from a couple of dozen to a few thousand issues, are collected together here in a single volume."

Features reprints of 3 Jessica of the Schoolyard comics.

Posted by The ComicBook Factory at Friday, October 17, 2014

Labels: anthology, Comics, Jessica of the Schoolyard, The Mammoth Book of Cult Comics