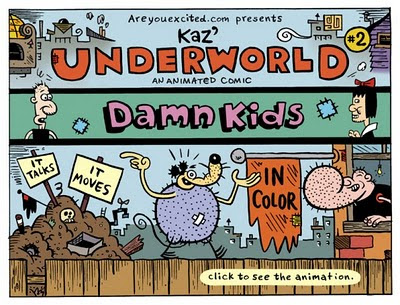 Huzzah! The second animated version of Kaz's Underworld cartoon finished. Go watch it HERE or just click the image.
And below is a little animated gif taken from the short...

Posted by The ComicBook Factory at Friday, December 18, 2009 1 comment: 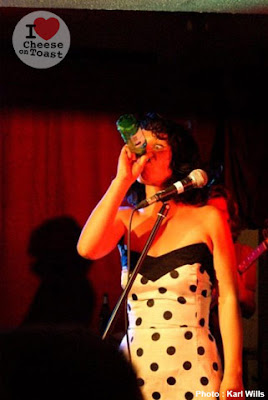 My favourite photo from the gig... The Drab Doo-Riffs and Kitty, Daisy and Lewis played at the Montechristo Room, Auckland, 15th Dec. Check out more photos I took for Cheese on Toast on the website HERE.
Posted by The ComicBook Factory at Thursday, December 17, 2009 No comments:

UPDATE: I got a nice email back from NASA (well technically CICLOPS) saying "Dr. Porco thought your comic was cute."
Dr.Carolyn Porco is the leader of the Imaging Team on the Cassini mission to Saturn. ...Made my day.
Posted by The ComicBook Factory at Friday, December 11, 2009 1 comment:

Framed and Ready to Hang 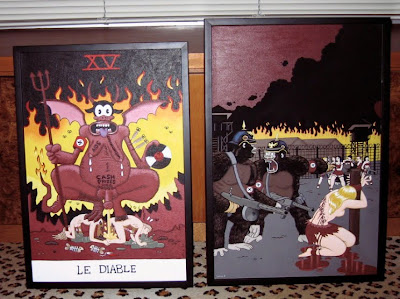 Look, my friends, I was sent this photo of my paintings (nicely framed up) from their new owner.
Posted by The ComicBook Factory at Thursday, December 10, 2009 No comments: 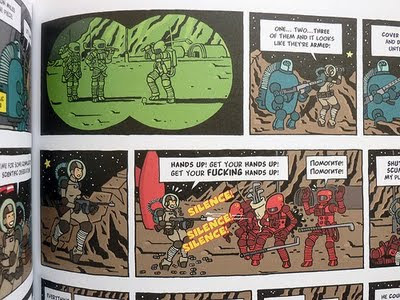 [The following is copied from Fantagraphics Flikr page]
The Harvey and Eisner nominated anthology of action, thrills, chills and trangression is back with a third volume! Anything goes in Hotwire, eschewing literary high-mindedness for a pure, gut-wrenching viscerality that you can tune in and rest your brain on after a long day.

Hotwire the third leaps off the page from the get-go with David Sandlin’s “Infernal Combustion,” about boozing it up in a broke-down caddy, and Tim Lane’s bit of freight-hopping grit, “Spike.” Underground comics legend Mary Fleener returns with “The Judge,” a true tale about her own life fending off thugs… with a .38! Meanwhile, Hotwire Captain Glenn Head spins the biography of German surrealist Hans Bellmer as a down and out Vaudevillian in decadent Weimar Berlin. R. Sikoryak turns in a brand new batch of "Masterpiece Comics", as Dennis the Menace stars in Hamlet! Other creepy delights: Rick Altergott delivers a fable of a child-molesting clown pleasuring himself in the suburbs, while Matti Hagelberg’s “Passion of Atte” is a modern-day Dante’s Inferno of comics. 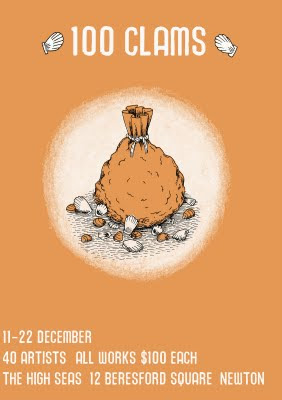 Copied and edited from the High Seas Blog: